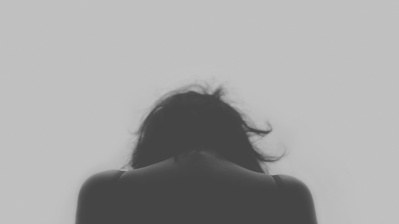 Today I sat down and started writing a post about infertility, specifically what not to say to someone struggling with it.

Infertility is an emotionally loaded topic and one that is tough to unravel. Despite it being profoundly common–one in eight couples has difficulty conceiving or sustaining a pregnancy–infertility still carries a stigma. While it really sucked to have to deal with it myself, I like to share my experience to help break down the walls that make it so. Maybe I can help other infertile couples, or, almost more importantly, help their support networks feel better equipped to provide the kind of support the couple needs.

But that is neither here nor there. As I was writing the post, something made me pause. When dealing with infertility, one of the most frustrating things people told me was that they “understood completely” what we were going through. As I was trying to describe why, it occurred to me that this frustration is not exclusive to infertility. This is something we all face in some way or another.

You know those memories that make you cringe when you recall them? Even years later, I feel nauseated when I think of some of the stupid, insensitive things I’ve said and done. I like to think I’m a good person, and that my friends and family know I would never try to make them feel bad. If we were purely logical beings, it wouldn’t be a problem because we wouldn’t take everything to heart. But we are human beings, and emotions are fortunately or unfortunately part of the package.

Humans are programmed to empathize. We thrive on forming connections to better understand, relate to, and support each other. But empathy is tricky. Unless we’ve experienced exactly what someone else is going through, we’d often be better off trying to show sympathy, and showing compassion for that person’s struggle instead of trying to relate to it our own.

In the case of infertility, I didn’t want people telling me that they understood because it took them “four whole months” to conceive. I also didn’t want people telling me that they understood but that we were lucky because it took them “much longer.” Either one seemed to downplay the pain I was feeling. I just wanted to wallow in a little self-pity and experience my struggle for what it was to me. I wanted someone to say they were there for me and that it sucked. That it must be hard for me. That self-pity may not have been healthy, but it was important that my emotions and feelings were validated for what they were.

Basically, I didn’t want my difficulty being compared on some kind of scale to what someone else had experienced.

Just by nature, when we empathize, we compare. We relate what we are hearing to what we know. Don’t get me wrong, we need empathy. Many of us have experienced similar things and it does feel good to talk about them. Therapeutic even. But here’s what I’ve come to realize:

Just because what we struggle with is different and may carry different consequences doesn’t mean one thing is easier than the other. Even when dealing with my own challenges, there is no need to belittle my current feelings because something I dealt with in the past was “harder.” It was hard then and it is hard now. This is true for anything: loss, illness, relationship struggles, weight gain, weight loss, trying to quit a bad habit, etc.; the list goes on and on. It doesn’t matter, and that’s the most eye-opening part of this realization for me.

Sometimes bad news is awkward to hear. We often don’t know what to say or how to respond, so we stammer out the first thing that pops into mind. We mean well, of course, but a lot of times whatever we say is just not helpful. In a lot of ways we’re automatically programmed to find common ground when instead we should accept that our problems aren’t relative to each other. They are problems and they are hard. Period.

The idea of giving ourselves space to feel what we feel is freeing. It’s important to know that when someone does compare your hard situation to one of theirs, they are most likely trying to be helpful. We’re all just trying to relate to each other, so there’s no point in harboring resentment. It doesn’t matter if what you are going through seems to you to be miles ahead of where they are; hard is hard.

Similarly, we should cut ourselves some slack when feeling guilty because we can’t relate to someone else’s challenge. It’s okay to sympathize and not quite understand. You don’t need to apologize for your life’s challenges or lack thereof. At some point, you’ve surely faced some kind of problem. It doesn’t matter to what degree we experience pain or sorrow; hard is hard. We don’t have to live the same lives to support and acknowledge each other.

Most of the time, no matter the struggle, we’d be better off just saying, “I’m so sorry you’re going through that. I am here for you.” Accepting and practicing this would probably make all of our relationships richer.

From now on, I pledge to do my best to put this revelation into practice. When my friends and family are struggling, I want to be there for them in a supportive way and will try not unintentionally diminish or undermine their feelings by comparing my struggles to theirs, even if I’m just trying to connect with them. Instead, I will try to be better at lending a sympathetic ear and acknowledging their struggle at face value, without figuring out how it fits in my own life’s spectrum of difficult experiences.

Let’s all embrace that life can be hard, no matter what “hard” means to you. We’re all just trying to figure out what it all means anyway. There’s no sense in making in making that harder.

2 thoughts on “Hard is Hard”